Freezing food can save you time and money. Not only does it keep food fresh for longer, it also keeps the taste and nutrients locked in. And it can be a great way to store leftovers, so it can help you to cut down on your food waste.

Not all food can be frozen though, and some dishes do need fully defrosting before being cooked or reheated. Get it wrong and you could be in for a pretty unpleasant meal, or even a nasty dose of food poisoning.

Never fear, our guide will explain what you can freeze and how to do it.

What foods can you freeze?

Most food can be frozen. However, the process might affect the food’s texture and make it less pleasant to eat. The following lend themselves well to freezing.

When buying dishwasher tablets, which of these is most important to you?

What foods can’t be frozen?

How to freeze meat

Most meat can be frozen. Freezing food keeps it from deteriorating, so it’s often safer to freeze it until you want to eat it. You do need to be extra cautious with meat though, as there’s always a higher risk of food poisoning than for veggies. Label meat before freezing, so you know what it is and when it should be eaten by. And...

How to freeze fruit and vegetables

Most fruit and vegetables can be frozen, other than those mentioned above. They’re usually best to use cooked or in a smoothie when they’re defrosted though. Most can be cooked straight from the freezer.

How to freeze food (batch cooked)

Most dishes are pretty easy to freeze. If you’re making something like lasagne in order to freeze it, assemble it in a foil tray. These containers usually come with a lid that can be written on, which will make your life a lot easier when it comes time to cook the dish. Write what the dish is and when you’ve frozen it.

Then just take the tray out of the freezer when you need it, and allow it to defrost before you put it in the oven.

If you don’t have time to defrost it, cook it for longer (as you would with a ready meal). Start it off in a cold oven to prevent it from overcooking in some parts while the middle is still frozen. Or if you’re cooking it on the hob, start it off on a low temperature and stir regularly.

Other meals, eg homemade burgers, can be frozen in reusable freezer bags or plastic containers. Just make sure that you separate them by portion size, as they’ll stick together as they freeze. You don’t want to end up cooking five burgers if you only want one.

Here’s some ideas for meals that lend themselves well to batch cooking:

Can you freeze cheese?

Blocks of hard cheese can be frozen, but they do tend to go a bit crumbly when you defrost them. They also take ages to freeze and ages to defrost, so it’s best to grate the cheese first to speed things up and split it into portions. You can then cook with it straight from the freezer.

Can you freeze cheese sauce?

Yes, but it can sometimes go a bit lumpy. Make the sauce, let it cool and then freeze it. When you need it, defrost it and give it a good stir while you reheat it on the hob. You might need to add a splash more milk to get it to the right thickness.

Can you freeze milk?

Yep. It will expand though, so make sure there’s space in the carton for it to do so. It will separate when it freezes, but will be fine once defrosted (you’ll need to leave it to defrost in the fridge overnight). Freezing can affect the taste slightly, so it’s best used for hot drinks and cooking rather than drinking.

Can you freeze butter?

Butter freezes well, as does margarine usually. If you’re freezing butter because you struggle to use a whole packet before it goes off, then make sure you cut it up and freeze the individual portions.

Can you freeze bread?

Definitely! Freezing half a loaf is a great way to cut down on food waste and means you can always make some hot buttery toast when you’re peckish. You can toast it from frozen if your toaster has a setting that allows for it (or if you do it under the grill).

Can you freeze eggs?

Cooked eggs don’t freeze well. And if you try to freeze an egg in its shell, it’ll probably crack. What you can do is crack each egg into a silicone muffin tray and then pop it into a plastic container once it’s frozen. You can also freeze egg whites and yolk separately.

Can you freeze leftovers?

Most leftovers can be frozen. It’s best to only freeze food that hasn’t been on someone’s plate however, to reduce the risk of bacteria and germs. Defrost before reheating and cover with foil while it’s in the oven.

How long can you freeze food for?

Experts tend to recommend throwing away anything that hasn’t been used after nine months, and some things need using even earlier:

Does food need to be cold before freezing?

How can I keep my freezer working properly?

Freezers work best when they’re full but not completely crammed. Empty freezers have to work harder. If you’re just starting out on your freezing journey, fill some plastic bottles two thirds full and freeze them.

Left the door ajar and now struggling to close it? Here’s how to defrost your freezer. And if yours is smelling a bit stale or grubby, you might want to check out our guide to cleaning your freezer.

What containers can I use to freeze food in?

Can I cook food straight from the freezer?

Raw chicken, turkey and joints of meat need to be defrosted before cooking. Most other things can be cooked from frozen if needs be. See our individual sections above for more details.

Now you know how to freeze food, you’re one step closer to saving time, food waste and money. 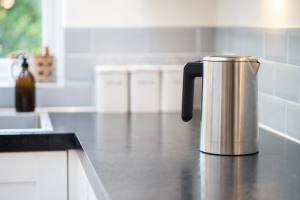 How to clean a kettle and remove limescale
Kitchen Cleaning 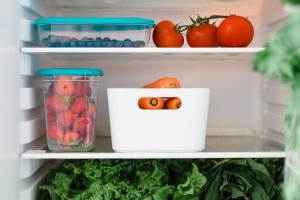 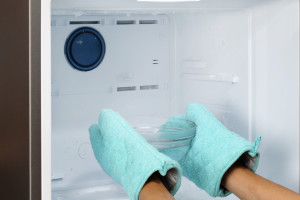 How to defrost a freezer
Kitchen Cleaning 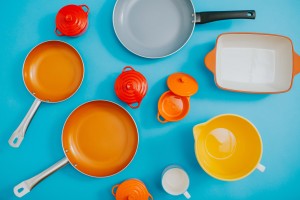 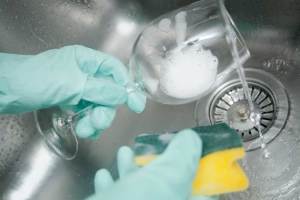 How to clean cloudy glasses and glassware
Kitchen Cleaning 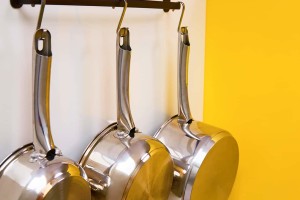 Can you put pots and pans in the dishwasher?
Kitchen Cleaning 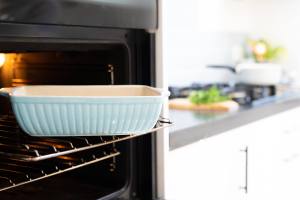 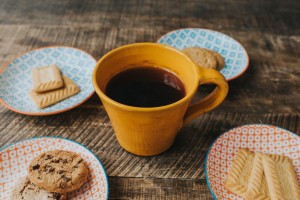 How to remove tea stains from mugs and cups
Kitchen Cleaning